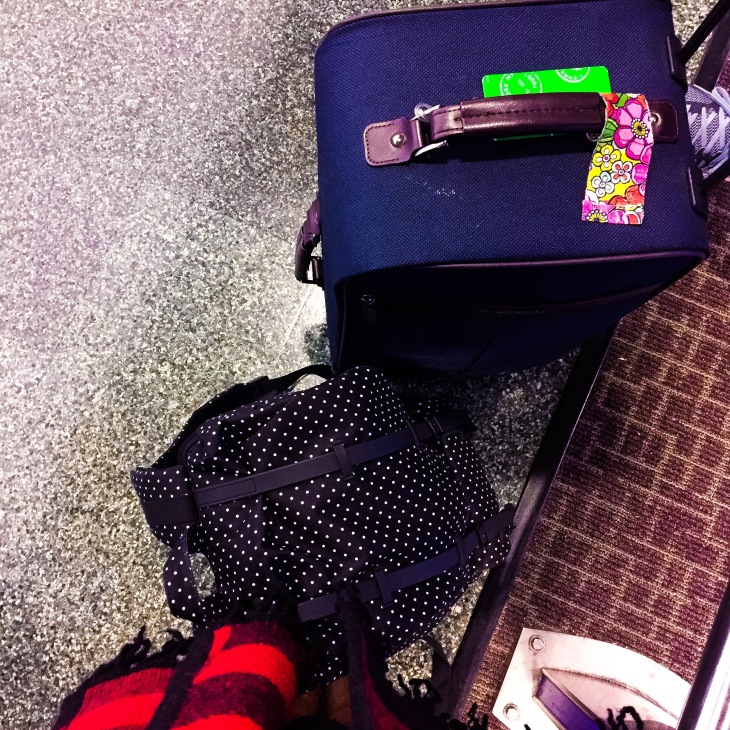 As I reflected on 2016, I noticed a theme throughout my year:

Lots of action, not much actual progress.

I felt like I was on one of those child’s spinner toys where you sit down and spin yourself around while only staying in the same place. That’s how I describe my 2016 experience, spinning around in circles, moving a lot and never really going anywhere. Action without progress.

This year – 2017 – the plan is to take action and make it progressive action. Because, what’s the point of moving if you’re never really going anywhere??

And I’m taking my chaotic travel day as a good inauguration to this year and theme I’m going for.

If you follow me on Twitter or Snap (@jessicalynnn12), you’ll know about my holiday travel luck and how I have none. Between Thanksgiving and Christmas, visiting #Idahome has been quite the ridiculous process the last couple of months.

Delayed flights, sketchy airport hotel rooms, more delayed flights – and that’s just from the Thanksgiving fiasco. Traveling home for Christmas was just as crazy. High winds and mechanical problems caused me to miss my connecting flight to my small, hometown airport. So my fantastic father, Patricio, volunteered to drive the 2 1/2 hours to Salt Lake City at 1am to retrieve me.

Today, I traveled back to Las Vegas and, as is my pattern, there were delays. To begin with, my flight out of Pocatello was delayed 4 1/2 hours because of mechanical problems yet again. This meant I was going to miss my connection to Vegas. I was booked on a later flight and then was faced with a decision: wait and take my chances with this Pocatello plane or drive down to Salt Lake and ensure that I would make the later flight.

Option 1 – waiting and taking my chances sure seemed very similar to the theme of 2016. It meant sitting on that toy, spinning in circles and letting life happen to me. Not very proactive or progressive.

Option 2 – not just action, but progressive action. Take matters into our own hands and make sure I was on that flight.

Patricio didn’t even hesitate when we decided to choose Option 2 and I’m so glad we were on the same page.

By choosing progressive action, we made it to Salt Lake with plenty of time to spare. The roads were clear and my trek through security was a breeze – even though they decided my hair need a full-on pat down, which is actually hilarious. I made it back to Vegas without needing to stay the night in a sketchy-ass airport hotel.

I’m choosing to look at the whole experience as a good sign of things to come this year. I’m excited for a year of not just action, but progressive action. No more nauseating spinning toys for me!